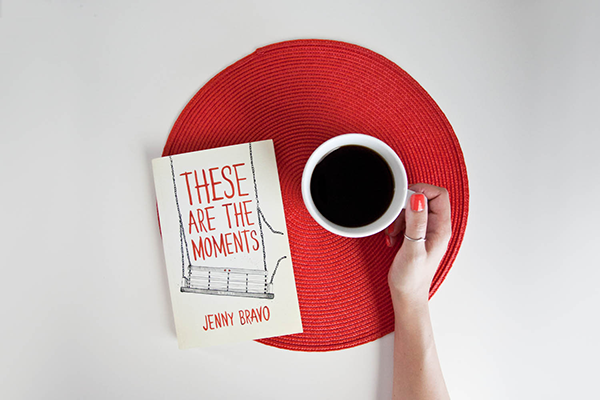 It’s that time of the year when I start daydreaming about all the vacations I’m not going to get to take this summer, LOL. Well, that’s not entirely fair seeing as I spent three glorious child-free days in La Jolla, CA with my hubby at the end of April, and just came back from four days in my Canadian hometown. Let’s just say that’s probably it for the holidays until at least the fall.

Regardless, there’s one thing I love about vacations — besides getting away from the norm — and that’s vacation reads.

Here are a list of 6 books I’ve read that are perfect to take on vacation no matter where you go.

1. UGLY LOVE BY COLLEEN HOOVER
From Amazon: When Tate Collins meets airline pilot Miles Archer, she doesn’t think it’s love at first sight. They wouldn’t even go so far as to consider themselves friends. The only thing Tate and Miles have in common is an undeniable mutual attraction. Once their desires are out in the open, they realize they have the perfect set-up. He doesn’t want love, she doesn’t have time for love, so that just leaves the sex. Their arrangement could be surprisingly seamless, as long as Tate can stick to the only two rules Miles has for her: Never ask about the past. Don’t expect a future. They think they can handle it, but realize almost immediately they can’t handle it at all.

2. THE VACATIONEERS BY EMMA STRAUB
From Amazon: For the Posts, a two-week trip to the Balearic island of Mallorca with their extended family and friends is a celebration: Franny and Jim are observing their thirty-fifth wedding anniversary, and their daughter, Sylvia, has graduated from high school. The sunlit island, its mountains and beaches, its tapas and tennis courts, also promise an escape from the tensions simmering at home in Manhattan. But all does not go according to plan: over the course of the vacation, secrets come to light, old and new humiliations are experienced, childhood rivalries resurface, and ancient wounds are exacerbated.

3. FINDING LILY BY RACHEL DEL
From Amazon: Lily Gardner thought she’d found her soul mate when she met and married the handsome and well-off Thomas Gardner. But eight years later, with a two-year-old in tow, she finds herself wading through the messy waters of divorce, and crying herself to sleep at night wondering if she’s lost her chance at love… and herself in the process. When she’s assigned the task of working with Nathan Trainor to reel in a popular author who is seeking new representation, she must put her troubles aside and do whatever it takes to get the job done. At once touching and hopeful, FINDING LILY is a contemporary inspirational romance novella that captures what it feels like to be given a second chance at life… and love.

4. THE SUMMER GAMES: SETTLING THE SCORE BY R.S. GREY
From Amazon: As an Olympic rookie, Andie Foster has spent far more time in her cleats than between the sheets. For 21 years, her Friday nights have consisted of blocking shots rather than taking them. But now that she’s landed in Rio, she’s ready to see for herself if the rumors about the Olympic Village are true:The athletes are all sex-crazed maniacs, the committee passes out condoms like candy, the games continue long after the medals have been handed out… As Andie walks the line between rumor and reality, she’s forced into the path of Frederick Archibald, a decorated Olympic swimmer and owner of a sexy British accent–too bad he’s unavailable in a way that “it’s complicated” doesn’t even begin to explain. In other words: off limits. It doesn’t matter that he has abs that could bring peace to the Middle East and a smile that makes even the Queen blush; Andie fully intends on keeping her focus on the soccer field. But the Village is small. Suffocating. Everywhere Andie goes, Freddie happens to be there–shirtless, wet from the pool, and determined to show her a whole new meaning of the phrase “international affairs”.

5. THESE ARE THE MOMENTS BY JENNY BRAVO
From Amazon: You can’t go back in love… or can you? Wendy Lake… Big dreams. Small bank account. Back home from college, she’s the girl with the day job, the girl whose mom still packs her lunches, the girl with the memories she can’t shake. Simon Guidry … The boy who holds her past in his pocket. And maybe her heart, too. This is the story on-again, off-again Wendy and Simon, told in the now and then of their relationship. As the couple is thrown back into each other’s lives through their friends’ wedding, These Are the Moments dares to ask the questions: Do people ever really change? Do two people, who can never make it work, actually make it right? And most importantly, do they even want to?

6. EIGHTYSIXED BY EMILY BELDEN
From Amazon: Emily Belden has no idea what to do with her twenty-something life (particularly as it pertains to love), which is a tough problem for a hopeless romantic who’s fresh out of a failed relationship. Never one to admit defeat, Emily vows to get back in the dating ring. But the more she tries to get the most out of her Match.com subscription, the deeper down the rabbit hole she goes. While recovering the pieces of her broken heart, Emily’s dating pool soon fills with a classic mix of drug addicts, embezzlers, perverts, and (spoiler alert!) pimps. But just as she begins to believe that a bottle of wine might be her only shot at lifelong happiness, a chance encounter with a man whose path impossibly crosses hers changes the game in a big, big way.

IF YOU’VE READ ANY OTHER BOOKS THAT ARE PERFECT FOR VACATION READS, COMMENT BELOW AND LET ME KNOW SO THAT I CAN CHECK THEM OUT!

THE BOOK LIST | #4
SOME THOUGHTS ON BECOMING, BY LAURA JANE WILLIAMS